Why Natural Disasters Are A Wake Up Call for Data Centers 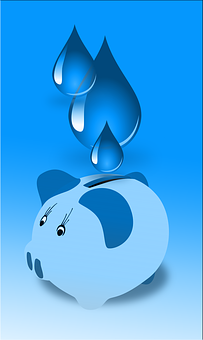 2017 apparently is the year of calamities. Herald Net says that at least that’s how more than four million Americans perceived the past 12 months as far as hurricanes and storms blowing into their hometown are concerned. The damage has soared into billions, especially if local government units and the community itself are unprepared for the impact of the calamity about to hit them. Data centers need special protection precisely because the information they contain holds considerable value for the businesses they represent. Research, millions of customers’ names, proprietary information – all that can be lost in one massive flooding or breakaway fire. The following article explains why natural disasters have become a wake-up call for data center owners. It also advises them how to protect themselves from any possible damage. Read on for more. – Cora Llamas.

Read the source article at geekwire.com

One of the challenges many companies face getting started with DCIM is that they are concerned that implementing a full scale DCIM solution will require them to rethink and retool the very core of the way their data center is managed and evolved over time. They seem to be concerned that DCIM suites are a relatively new set of technologies with a wide range of interpretations and that they may not have enough of the required experience to implement it to the fullest potential. In some cases, they anticipate that a comprehensive DCIM solution will have lasting and strategic influence on the way in which they operate their structures.

Data centers are now rapidly driving the construction of new power plants as they become one of the nation’s largest and fastest-growing consumers of electricity. With the explosion of trends such as big data and cloud computing actively disrupting the space, rising costs of energy and economic hard times mean resource efficiency has never been more important.

Relocating infrastructure assets comes with looming deadlines to resume normal operations— especially when consolidating floor space or for a facilities move. But, it presents an opportunity to make other changes in your program. Each additional change can provide benefits; however, it could stretch budgets, complicate work, and put timelines at risk.
VIEW ALL GUIDES